Brazilian super-fan of Jackson Antonio Gleidson  used acid to bleach his skin and spent  2,000 pounds on cosmetic procedures to look like Micheal… WOW..

Ebola victim’s corpses are left on the streets to rot in Liberia..!!!

Married women arrested for trying to sell a baby for 600k.. (photos)

Above is the pic of the women who were caught trying to sell babies at the price of 600k….. This life.!!

So wait, the US may have found a cure to Ebola? And if they have, will they come help patients of this dreaded disease in Africa? The article below was written by Dr. Sanjay Gupta for CNN and they are saying an experimental drug called ZMapp likely saved the lives of 2 US missionary doctors (pictured above) who contracted the disease while working in Liberia…see report below from CNN..

Three vials containing an experimental drug stored at subzero temperatures were flown into Liberia last week in a last-ditch effort to save two American missionary workers who had contracted Ebola, according to a source familiar with details of the treatment.

The drug appears to have worked, sources say. Dr. Kent Brantly’s and Nancy Writebol’s conditions significantly improved after receiving the medication, sources say. Brantly was able to walk into Emory University Hospital in Atlanta after being evacuated to the United States last week, and Writebol is expected to arrive in Atlanta on Tuesday.

On July 22, Brantly woke up feeling feverish. Fearing the worst, Brantly immediately isolated himself. Writebol’s symptoms started three days later. A rapid field blood test confirmed the infection in both of them after they had become ill with fever, vomiting and diarrhea.
It’s believed both Brantly and Writebol, who worked with the aid organization Samaritan’s Purse, contracted Ebola from another health care worker at their hospital in Liberia, although the official Centers for Disease Control and Prevention case investigation has yet to be released.
A representative from the National Institutes of Health contacted Samaritan’s Purse in Liberia and offered the experimental treatment, known as ZMapp, for the two patients, according to the source.
The drug was developed by the biotech firm Mapp Biopharmaceutical Inc., which is based in San Diego. The patients were told that this treatment had never been tried before in a human being but had shown promise in small experiments with monkeys.
According to company documents, four monkeys infected with Ebola survived after being given the therapy within 24 hours after infection. Two of four other monkeys that started therapy within 48 hours after infection also survived. One monkey that was not treated died within five days of exposure to the virus.
Brantly and Writebol were aware of the risk of taking a new, little understood treatment and gave informed consent, according to two sources familiar with the care of the missionary workers. In the monkeys, the experimental serum had been given within 48 hours of infection. Brantly didn’t receive it until he’d been sick for nine days.
The medicine is a three-mouse monoclonal antibody, meaning that mice were exposed to fragments of the Ebola virus and then the antibodies generated within the mice’s blood were harvested to create the medicine. It works by preventing the virus from entering and infecting new cells.
The Ebola virus causes viral hemorrhagic fever, which refers to a group of viruses that affect multiple organ systems in the body and are often accompanied by bleeding.
Early symptoms include sudden onset of fever, weakness, muscle pain, headaches and a sore throat. They later progress to vomiting, diarrhea, impaired kidney and liver function — and sometimes internal and external bleeding.
The ZMapp vials reached the hospital in Liberia where Brantly and Writebol were being treated Thursday morning. Doctors were instructed to allow the serum to thaw naturally without any additional heat. It was expected that it would be eight to 10 hours before the medicine could be given, according to a source familiar with the process.
Brantly asked that Writebol be given the first dose because he was younger and he thought he had a better chance of fighting it, and she agreed. However, as the first vial was still thawing, Brantly’s condition took a sudden turn for the worse.
Brantly began to deteriorate and developed labored breathing. He told his doctors he thought he was dying, according to a source with firsthand knowledge of the situation.
Knowing his dose was still frozen, Brantly asked if he could have Writebol’s now-thawed medication. It was brought to his room and administered through an IV. Within an hour of receiving the medication, Brantly’s condition dramatically improved. He began breathing easier; the rash over his trunk faded away. One of his doctors described the events as “miraculous.”
By the next morning, Brantly was able to take a shower on his own before getting on a specially designed Gulfstream air ambulance jet to be evacuated to the United States.
Writebol also received a vial of the medication. Her response was not as remarkable, according to sources familiar with the treatment. However, doctors on Sunday administered Writebol a second dose of the medication, which resulted in significant improvement.
She was stable enough to be evacuated back to the United States and is expected to arrive before noon Tuesday.
The process by which the medication was made available to Brantly and Writebol is highly unusual. ZMapp has not been approved for human use, and has not even gone through the clinical trial process, which is standard to prove the safety and efficacy of a medication. It may have been given under the U.S. Food and Drug Administration’s “compassionate use” regulation, which allows access to investigational drugs outside clinical trials

Hand of God picture claim to be taken … see pics

38 year old British photographer David Christie said he captured the stunning moment a gigantic ‘hand’ appeared through the clouds above his home…and he thinks the fist-like wind funnel is the ‘Hand of God’.

“I love weather photography and I’ve taken a few pictures of small wind funnels in the past. But this was something else. It looked as through there was a huge hand piercing through the clouds – it was phenomenal. It really did seem like the hand of God. My wife and I are both photographers and we’ve never seen anything like this. This was a very surreal experience.” He told reporters

It seems Denim is back in fashion …. who rocked it better…. Beyoncee or Rihana 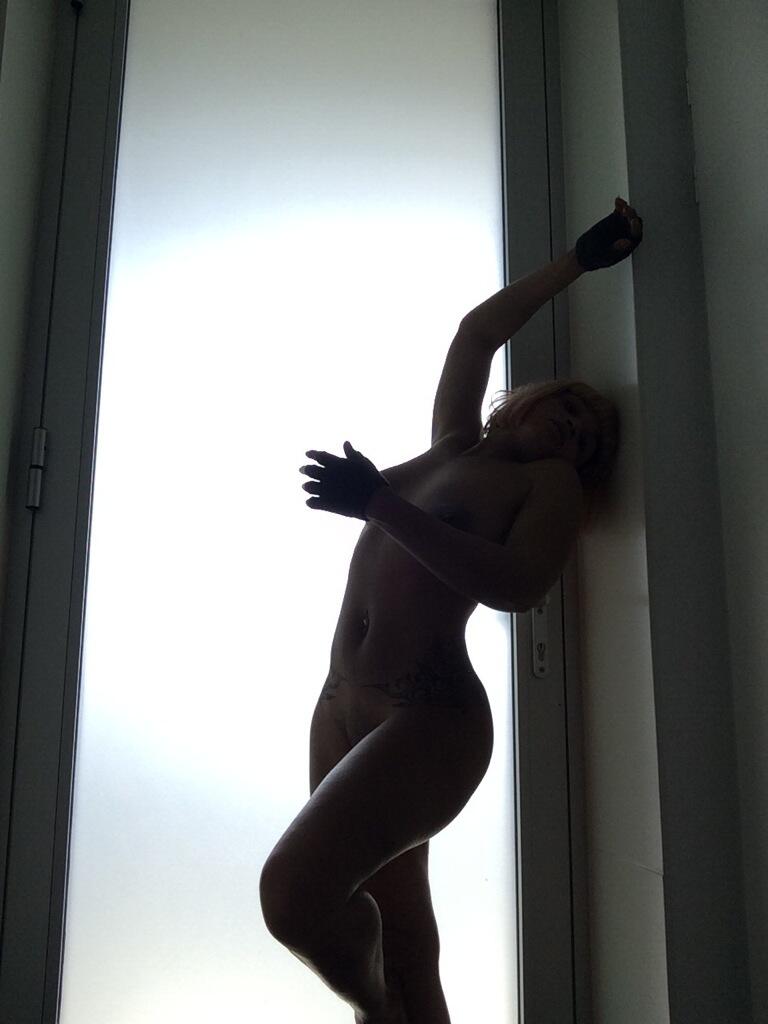 Naija bad gal Maheeda says she can have sex up to five times a day.. WOW.